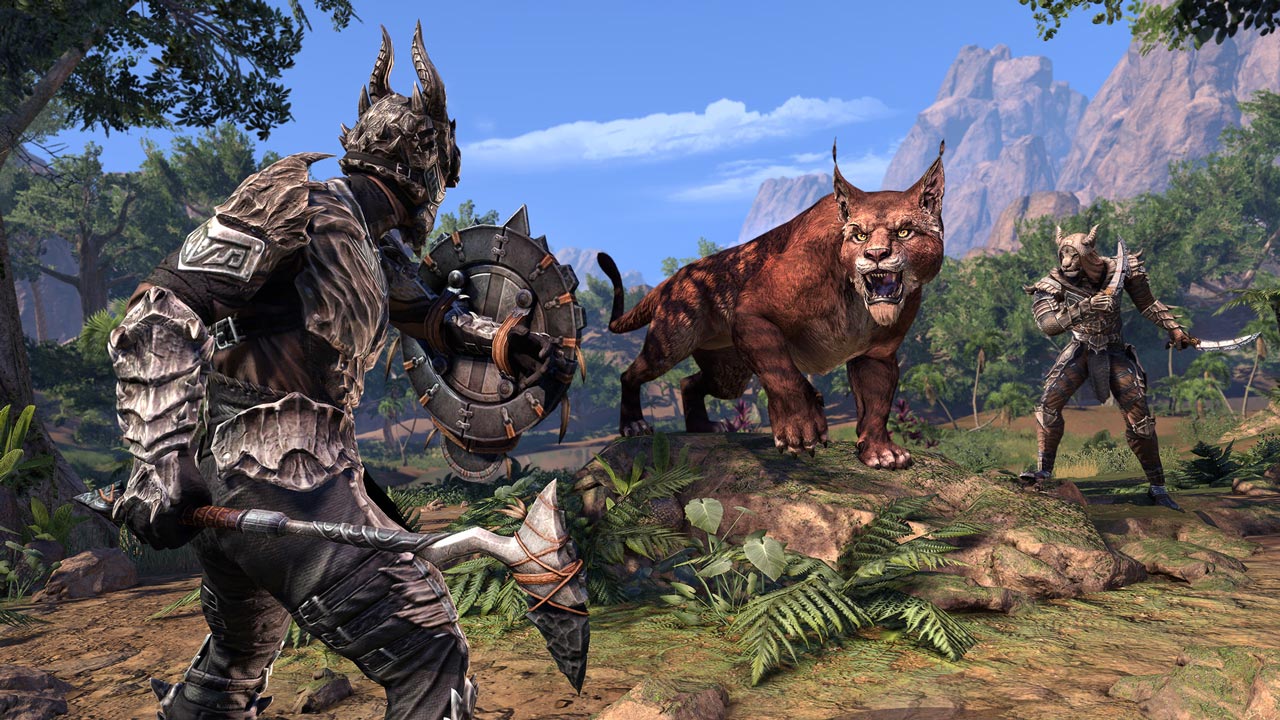 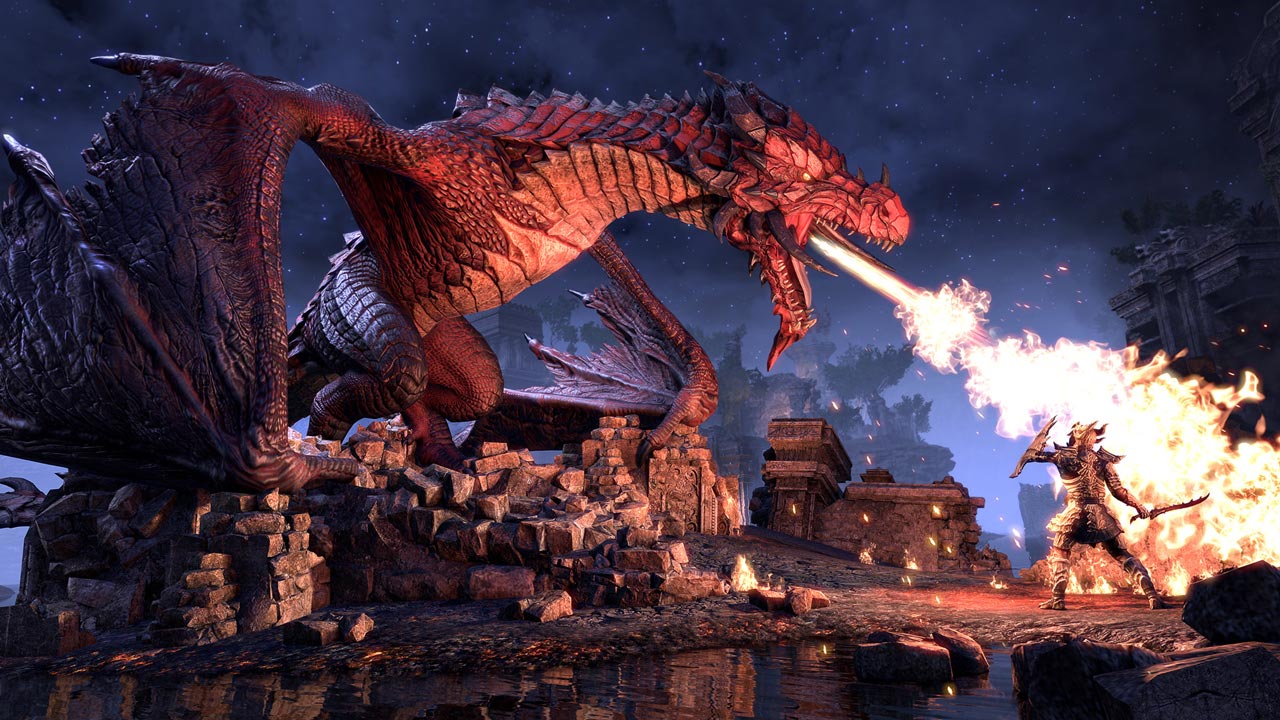 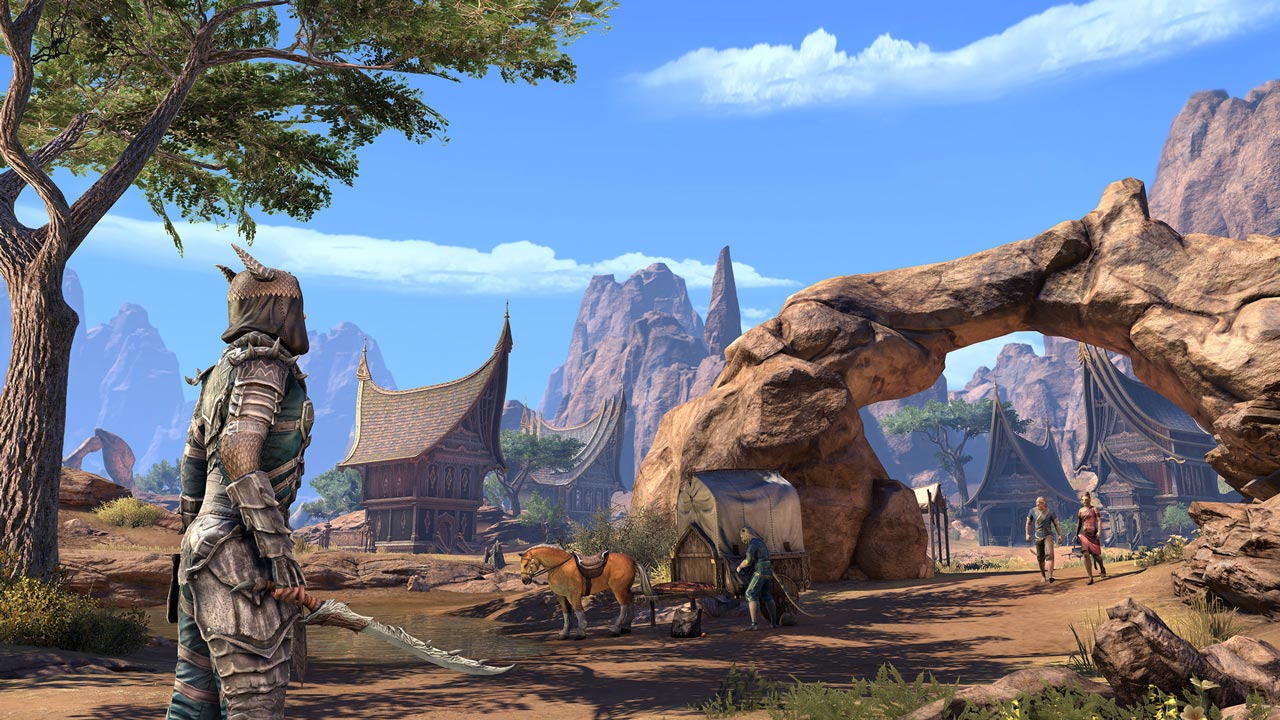 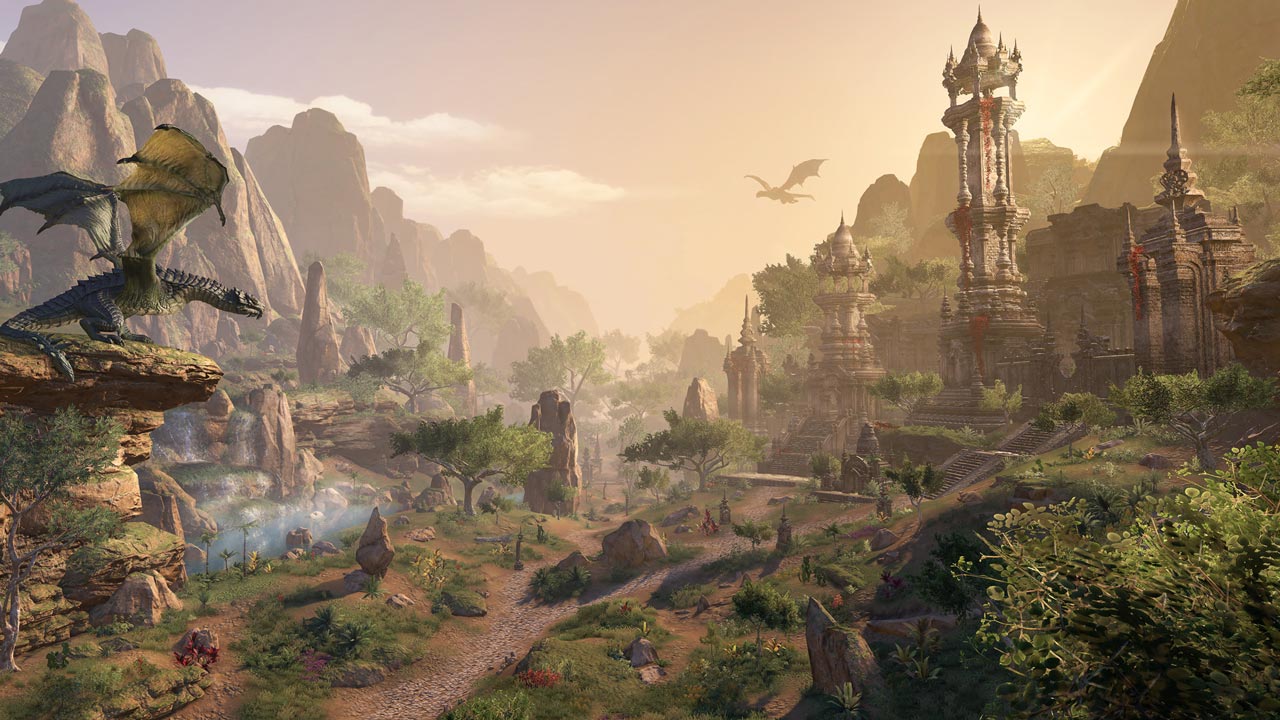 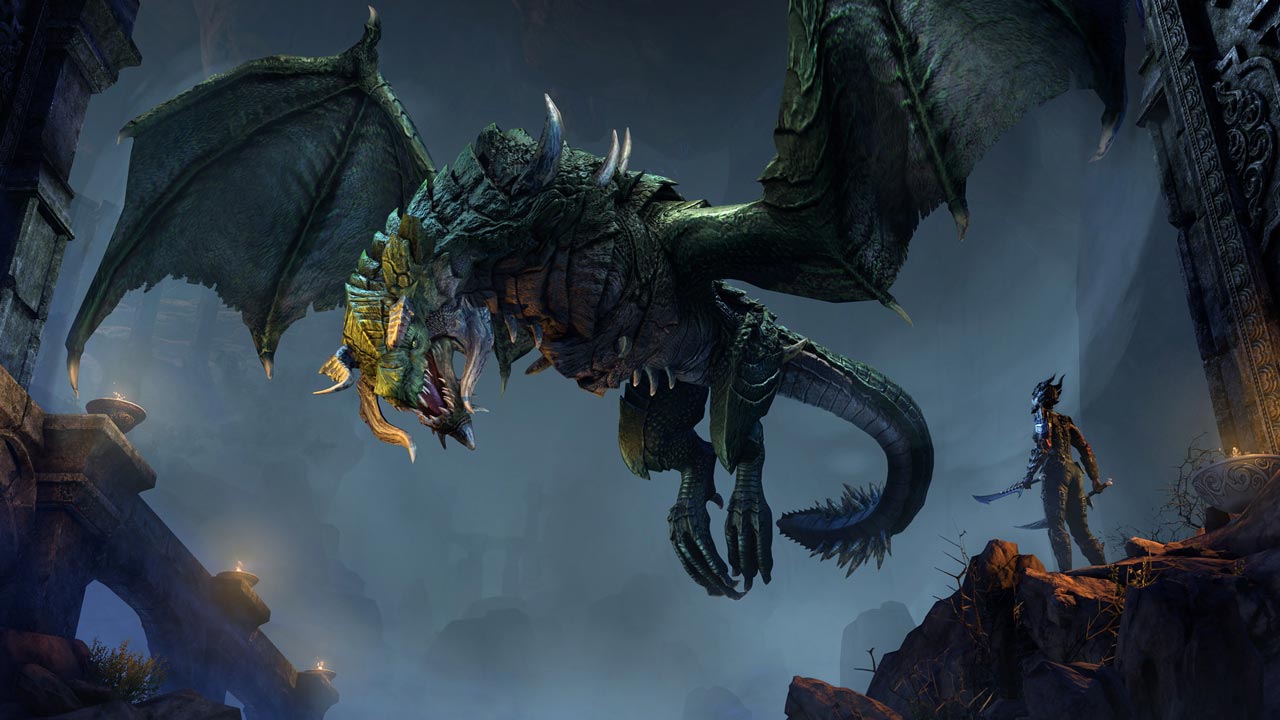 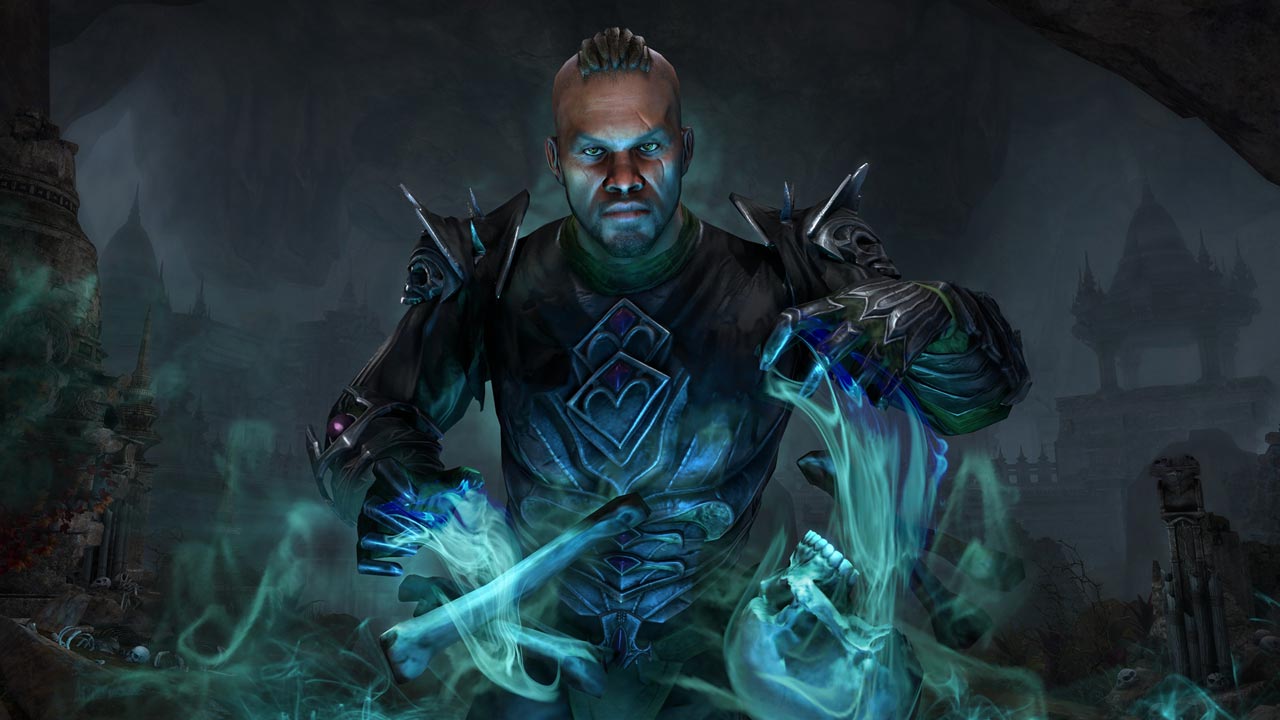 ATTENTION! This content requires the base game The Elder Scrolls Online on Steam in order to play.

ATTENTION! This product is intended for use only in the following countries: Russia, Armenia, Azerbaijan, Belarus, Georgia, Kyrgyzstan, Kazakhstan, Republic of Moldova, Tajikistan, Turkmenistan, Uzbekistan, Ukraine. In other regions will not work.

• Adventures in the Elsweyr Deserts
In Elsweyr, you can travel through savannah pastures, hot deserts and majestic cities, while the provinces are threatened not only by the invasion of the Imperials, but also by the invasion of terrible dragons. You are waiting for a meeting with a variety of its inhabitants, including farmers producing moon sugar, imperial invaders and nomads. The new chapter will allow you to completely immerse yourself in the life, history, culture and mythology of the Khajiit and their homeland.
• Dragons wreak havoc on Elsweyr
The dragons returned to Tamriel. The great Kalgronthid and his followers were accidentally released into this world by Abnur Tarn, and now dragons soar in heaven and threaten to turn the Khajiit homeland into ashes.
• New class - necromancer
By choosing this new mysterious class - the first new class to appear in the game after the 2017 chapter of Morrowind - players will be able to command dead and cast powerful elemental spells that will help defeat enemies and strengthen defense. After learning black magic, you can manipulate other people´s bodies and get rid of those who stood in your way. For the necromancer, death itself is a weapon.
• New world events
A new threat looms over Tamriel, the equal of which in The Elder Scrolls Online has not yet been, and all players will have to join forces to emerge victorious in the large-scale world events “Dragon Attack”. Since Dragonborn is not here, you will have to work together with your friends to protect the inhabitants of Elsweyr and kill as many dragons as possible.
• New Elder Scrolls Online chapter for everyone
The Elder Scrolls Online: Elsweyr maintains the ESO chapter structure introduced in 2017 in the ESO: Morrowind chapter. The new chapters add a lot of additional materials and features that are equally convenient and interesting for both beginners and experienced ESO players.

1. You need to download and install Steam http://steampowered.com/download/SteamInstall.msi (if not already installed)
2. Launch the Steam client
3. Create a new Steam account or log into an existing one
4. Go to the "Games" section and select "Activate on Steam"
5. Enter the activation key you purchased
6. After that, the game will appear in your list of games and it can be installed