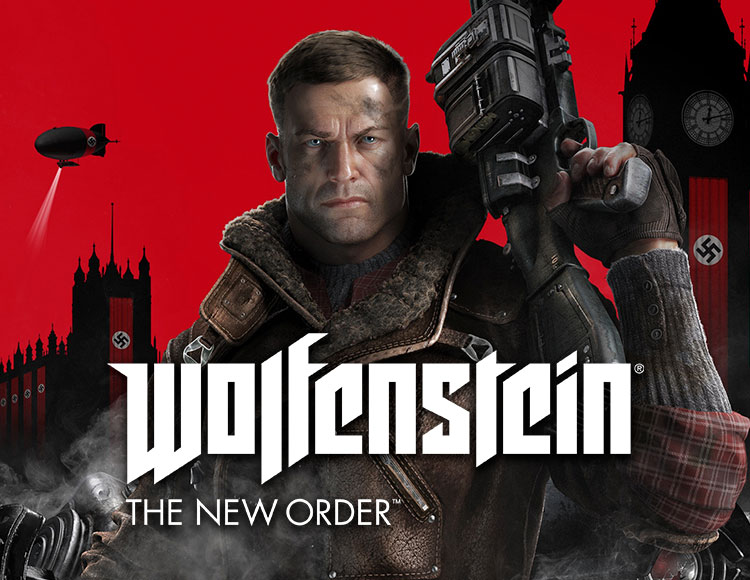 Uploaded: 23.12.2019
Content: text 18 symbols
Loyalty discount! If the total amount of your purchases from the seller RealMcCoy more than:
If you want to know your discount rate, please provide your email:

RealMcCoy information about the seller and his items
offlineAsk a question

Description:
Wolfenstein: The New Order is the triumphal revival of the series that once laid the foundation for the first-person shooter genre. Imagine: in 1960, the Nazis won the Second World War. And only the hero of the battles of B.J. Blaskowitz could not do the strength: deliver a crushing blow to the new world order.

Wolfenstein: The New Order is created using the id Tech 5 engine, an updated version of the famous technology from id Software. You will find a series of exciting missions in different parts of Europe. Destroy guarded objects, fight against squads equipped with the latest technology, capture a superweapon and turn it against your own creators - this and much more you have in Wolfenstein: The New Order

First-person shooter, where your opponents will be giant robots, huge super-soldiers and elite shock troops. The capabilities of id Tech 5 technology will make every encounter unforgettable.
Wolfenstein: The New Order is not only shootings, but also mountain chases, underwater explorations, combat vehicles that you have to control yourself, and much more. You are waiting for incredibly exciting adventures.
Turn the enemy’s weapons against him. Gain control of secret research facilities and military depots to get materials to improve your equipment.
Enjoy the full combination of dynamic action and an exciting story - two inseparable components of Wolfenstein: The New Order